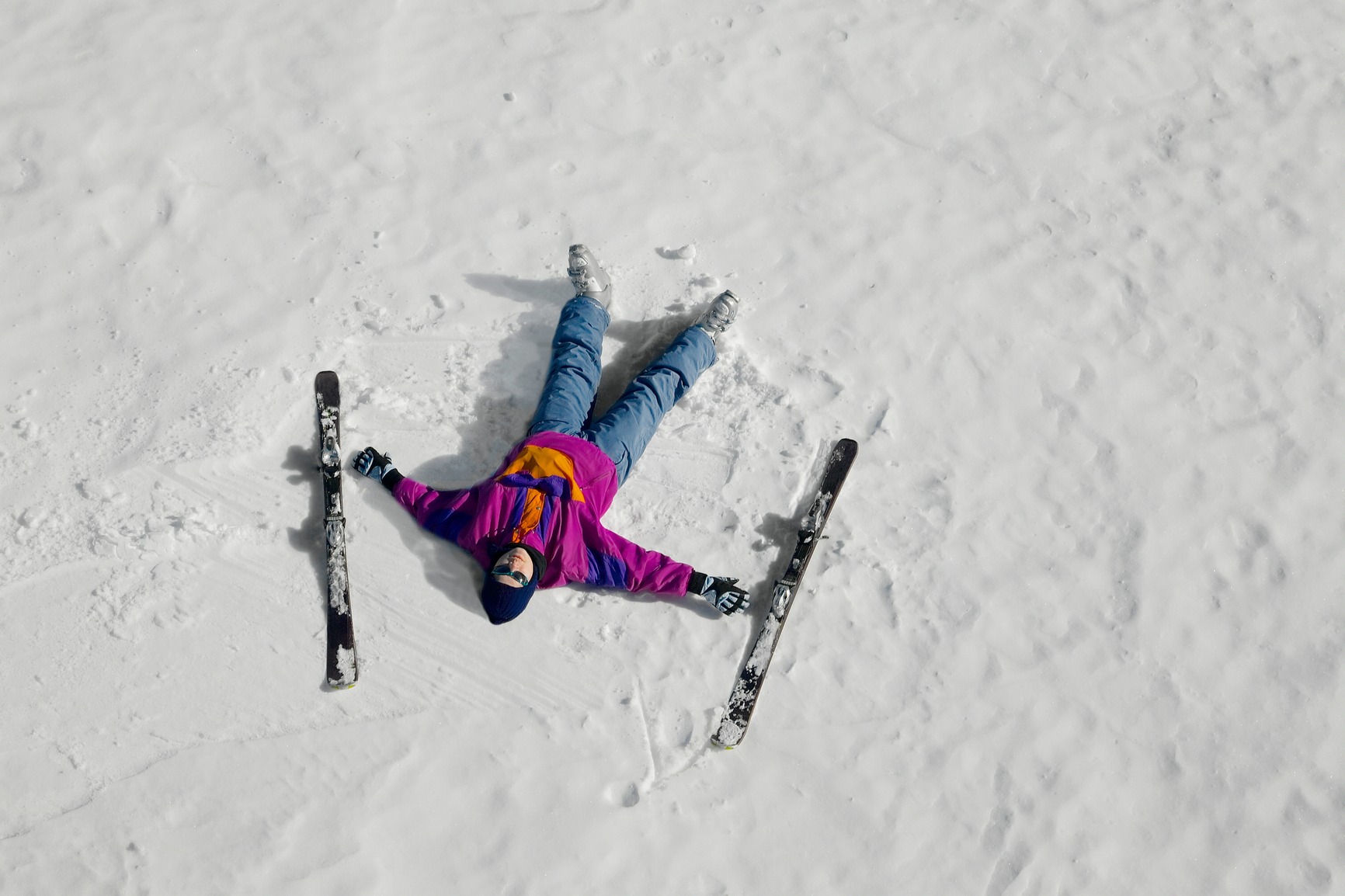 I Know You Are But What Am I?

Although my ass is officially off the mountain, my boys are learning to fly. I am proud to report that my babies are cruising down the slopes like pros, already doing the blue runs. The family is in beautiful Breckenridge, CO — a most wonderful place to ski, if you do that sort of thing. Which I do not.

My husband, on the other hand, is a HUGE skier. Total rock star. And for many years I was desperate to keep up with his superstar example, to try to ignore the near-paralysis that overcame me every time I neared a ski lift. There were many theories as to why I sucked so badly at this sport, all generously offered by friends and family: raised in NC, I had never skied on “real snow” ; I had never had lessons; I had never enjoyed multiple “good snow” days during which to practice.

So finally, when I was engaged to my husband, I agreed to go with him on a couples’ ski trip to Vail. I would do all that had been advised to conquer this pesky affliction that made me feel like I was either going to faint or puke whenever my ski-imprisoned legs touched snow. I packed and hauled the requisite crap necessary for a ski vacation (don’t lie, snow bunnies, its a NIGHTMARE) ; I signed up for lessons every day. After touring around beautiful Vail, I purchased fabulous sterling and turquoise earrings with the “Vail Bear” and stuck them in my ears, hopeful that I had found a good luck omen.

Alas, it was not to be. I wish I could explain exactly what happened, but my time on the mountain is a bit of a blur. Among the few highlights that I can recall, a stand-out is the time a mini-blizzard struck and our entire group (minus one mute, terror-stricken me) gleefully agreed it would be AWESOME to ski down together during the onslaught. I can still feel the distinctly uncomfortable sensation of frozen, salty tears glued to the inside of my goggles as I braked through the entire run.

But nothing beats the most memorable experience: when The Helpful Husband stepped in. Of course, he wasn’t “the husband” at this point. Glad we made it to the altar at all after this adventure . . .

One afternoon I was planning my weenie green runs with my one partner in avoidance, another novice who was also deathly afraid of the bigtime. We provided a comforting shelter to each other in this vay-cay extreme sport storm; offering gentle encouragement and cheering each other on. Her boyfriend was another Pro who had skied with my fiancee earlier in the day. During which time they hatched a plan.

So they come up to us as we get ready to ski our flat line around the mountain, and share the most amazing discovery: a perfect run for us! Sure, officially it may be marked as more difficult, but that was clearly wrong. ‘Cause they had skied it that morning and knew it was the one for us: easy, mild, beautiful. We had to try it; did they mention it was perfect?

We looked at each other hesitantly, and decided, reluctantly, well, ok, if you are sure its super super easy. So we couple up and get on the lift. Which goes up the mountain. And up and up and up.

Soon it becomes clear that we have been bamboozled. When we finally get off the damn lift, I can hardly breathe for the panic and the fury and the lack of oxygen at that high an altitude. What the hell are you thinking? I hiss.

My friend’s boyfriend is a few feet away, trying to explain to his irate partner, the twisted logic: You girls are really good skiers . . . you just lack confidence, ok? So once you do this run, you can be confident that you can do anything!

I think literal steam was shooting off of our heads, out of our ears, and through our eyeballs as we huffed and puffed and glared.

But we started down. One couple at a time.

So it looks like this: One hysterical female, screaming down the mountain until she crashes, and her partner skis over to her . . . where she commences to escalate the screams to a full-blown cuss-out. During which time the second hysterical female comes crashing past, screaming, until she falls and proceeds to cuss out her . . .  ummmmm “better” half.

And once we FINALLY hit the bottom, we both said That’s it, a-holes, we’re off to drink in the lodge . . . for the rest of the trip, thank you very little!

To add insult to injury, only one of my fabulous new earrings survived the psycho-run. Fucking piece of shit Vail Bear.

So that was the last time I was in Colorado. And I must say, after that trip, I did some serious soul-searching, to address two critical life questions. First, am I really gonna marry that dumb-ass? (Which was quickly answered in the affirmative, of course; he’s not a bad guy, or to be fair, a dumb-ass. He was just a little misguided in his enthusiasm to share his skiing passion). But more importantly, this: When am I going to give myself permission to be myself here? I am 25 years old, and I HATE SKIING! HATE it!! So what in the world am I doing? Its not like I’m saying I HATE BATHING or I HATE AMERICA. Could I just give myself a pass on something that I clearly detest; just because it feels like everyone else loves it, do I have to do it, too? I mean, I’m pretty sure 8th grade was like, over a decade ago!

So that was it for me. But here is the interesting thing. When it comes to my children, I am all for their experiencing the ski dream like their father has, versus my painful nightmare. I do get why people love the sport, and knowing these boys as I do, I can see that they might really love it like their dad. And be total bad-asses on the slopes. Like their dad.

So while they practice and play in the snow, I truck down the cool streets of downtown Breckenridge, breathing in the crisp mountain air, ducking into one cute shop after another. Finally I come across a hip sterling turquoise bear necklace. I promptly purchase it and secure the clasp around my neck. I laugh to myself, realizing that this clearly marks me as much as if I had “tourist” flashing in neon lights across my parka. But I don’t care. It really does feel like a good omen this time around. Because finally, at 39, I do know this: There are a lot worse things than looking like what you actually are.

A version of this post appeared on MaeMucho: The Diary of a Myers Park Mom  January 20th, 2010

What’s in a Name?

A Few Good Moms: Can you handle the truth about your potty mouth?