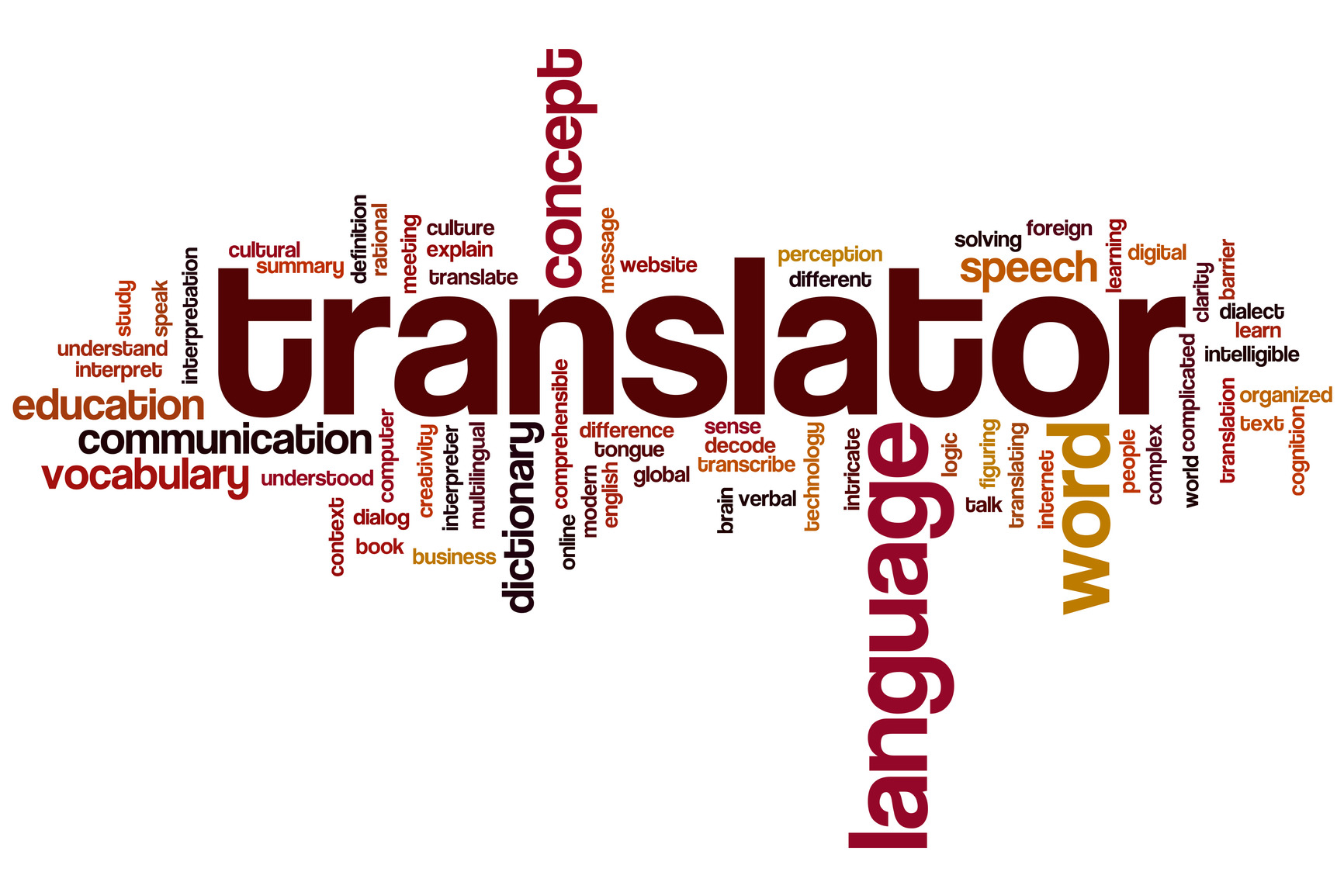 Earlier this summer I read that a group of liberals and conservatives called the North Carolina Leadership Forum met to try to engage in respectful debate around important issues that affect citizens in this state. I suspect they were successful because they weren’t seeking a compromise in their positions; each was encouraged to articulate his side passionately, which they all seemed well-equipped to do.

Not so much those who have attempted to reach across the aisle recently – especially when it comes to the infamous House Bill 2.  I have lost count of the cringe-inducing justifications for the controversial law that ironically were meant to temper the fury over HB2, with supporters offering what they perceive to be commonsense arguments for the bill. That’s when it occurred to me: those folks just don’t speak liberal.

I am sure the reverse is true; I’d like to apologize to those I may have offended on occasion by inadvertently slaughtering the conservative cause. Sadly, I am not equipped to speak eloquently to those principles -but I am fluent on the other side. So for those conservative friends who want to engage in a productive conversation around this issue, but feel like they they aren’t being heard, please see a few basic translations below:

This bill is needed to protect women and children.

Oh boy. Buckle up. Your daddy just got in the driver’s seat and he is going to take you on a bumpy ride back in time. That deja-vous-y feeling that liberals just got? It’s because we remember that throughout the ages all kinds of discrimination has been justified by claims that it was necessary to protect “the weaker sex.” African-American males, for example, from the time of slavery and beyond were demonized and disenfranchised based on the fallacy that they put white women in jeopardy. Heck, oppression of women was even justified using this rationale: it wouldn’t be responsible to expose those fragile gals to, say, the rigors of education, or the stress of property ownership, or the strain of participating directly in a democracy.

Like bells sounding the alarm of sexism and possibly worse, you say something about protecting women, no matter how well-meaning, and we hear that the patriarchy is alive and well and going to use the ladies to justify discrimination and oppression.

This measure is about reducing attacks and child abuse, and supporting survivors of sexual assault.

Well, that sounds wonderful; who could possibly have a problem with this idea? Uh, don’t circle up for the kumbaya moment just yet (probably that’s more likely among us hippie lefties, anyway) because liberals are pulling their hair out and gnashing their teeth in frustration. Why? Because if you look at the facts around sexual assault and child sexual abuse, there are some common themes — but they don’t have anything to do with this law.

Stay with me; I promise I hear you when you say you aren’t suggesting that transgender people are more inclined to assault or abuse – and YAY! We do agree on something. I get that your point is that abusers will pretend to be transgender so they may have a better shot at their prey.

But liberals just can’t get those nagging facts out of their heads: that while we largely theorize about this bathroom cover possibility, we know of other guises that pedophiles use to their advantage. They pose as coaches, pastors, counselors, teachers, babysitters . . . and are most often neighbors, family members, or other trusted individuals. But we would never suggest passing a law to prevent people from coaching – or from ministering – or from teaching, just because those situations allow greater access for those who plan to hurt others. Because it makes no sense to do so. You would punish too many innocent people, and not really prevent the guilty, as they would certainly find other means to inflict their damage. And what about the number of boys who are targeted? This law does not address that dynamic at all. And the fact that predatory behavior in bathrooms and locker rooms always was  – and remained  – illegal, even after the Charlotte ordinance was passed? Liberals can not reconcile these facts with the stated goals of HB2.

And while we are looking to the realities of sexual assault and abuse, we know that trans people are at a much higher risk of injury. Liberals aren’t trying to be annoying intellectual elitists when they point out that it must be Opposite Day if HB2 is meant to reduce assaults, because instead it will make transgender people much more vulnerable to attack.

Survivors of sexual assault have spoken out on both sides of this issue; each one is the expert of her own situation and her view should be respected as such. It is not unreasonable, however, for liberals to worry that it would be highly traumatic for all parties involved to force someone who looks fully male to be in the women’s bathroom  – just because his birth certificate is inconsistent with his current physical appearance.

When you keep saying this is about preventing sexual assault, liberals hear something that sounds like a willful disconnect between speculation and reality.

The transgender community is just a teeny part of the population. This whole thing isn’t a big deal; Charlotte City Council had a solution in need of a problem.

Oh dear. This is a whopping faux pas to the liberal listener. Did you just say that the bathroom ordinance doesn’t really matter because the community affected is not in the majority? Get the smelling salts! As soon as these liberals come to they are going to start channeling MLK big time. Which is a good and inspiring exercise, but if you are a little confused to hear things like THE ARC OF THE MORAL UNIVERSE IS LONG BUT IT BENDS TOWARDS JUSTICE and DARKNESS CANNOT DRIVE OUT DARKNESS, ONLY LIGHT CAN DO THAT; HATE CANNOT DRIVE OUT HATE, ONLY LOVE CAN DO THAT, don’t be. For liberals this debate points to a larger civil rights issue. So truly, you really don’t want to argue that the original ordinance issue doesn’t matter because it only impacts *those* people and there aren’t that many of them anyway. Especially if you are white and male and economically privileged. Just sayin’. (And yeah, that stinks to be judged unfairly based on who you are. Doesn’t it?)

When you say there wasn’t a problem before the Charlotte ordinance made one up, liberals hear a refusal to acknowledge the often unsafe hostility and discrimination endured by the transgender community.

I’m a Christian. I don’t want to discriminate, but I am a person of faith who follows the Bible.

You are? No way! Me, too! Seriously, I am also a Christian and I also look to the Bible to try to discern the will of God. Many of your liberal friends empathize with your passion  . . . because we share it. Please know that our political positions are often very much informed by our faith.

When you say that people of faith must support HB2, religious liberals hear something that sounds like a hijacking of their own deeply held beliefs.

So, there you have it. A not-so-brief examination of what happens between the words spoken and the words heard. (Of course, it would have been even longer if I’d had to translate talking points regarding the nullification of existing local protections from discrimination, or the removal of  local authority to set minimum wage standards – but for some reason no one is taking about those HB2 provisions.) I am sure there are some folks who probably didn’t make it past “liberal” before tuning out. And I mean, really. I just had to go and say stuff like “patriarchy” and “oppression.” For some conservatives I’m sure it was just too much to bear.

But for those of you whom I personally know, and respect, and even love, thanks for allowing me the chance to share how your words are sometimes taken and to be a little silly about it. I know it may appear this exercise sacrificed complex arguments in order to accommodate a one-sided rant but I would welcome the chance to read your own conservative translations on the other side. Because in dealing with such critical issues it seems important that we not only mean what we say, but also say what we mean.

A Few Good Moms: Can you handle the truth about the MomsCharlotte Blogger?