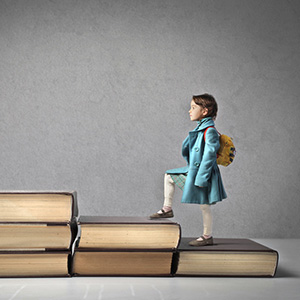 My heart was pounding in my chest as I pulled Mom down the stairs. I couldn’t wait for her to see what was outside. There was more than one kind of medicine, I decided. There was the kind that you smeared on your knees after you crashed and burned on a harsh bowl and the kind that came in a pill that you choked down and made yourself swallow. There was the kind you got out of bottles and drank even when it burned your throat and the kind that pumped through IV tubes that were stuck in your arm as you spent the whole day and night in a hospital bed. And then there was the kind that was probably the best of all, invisible until it became paper and glue and sticks and words and busted out of the ground like a million blades of magic grass.

A version of this blog was recorded for the Stories Worth Telling podcast. Listen here.

Lying on the bed with Sheri throughout our first night in Nashville was a surreal gift. We watched Superbad and then Pretty Woman on the hotel TV in the wee hours while she manipulated an Asian tea concoction (the ingredients of which had been fervently prepared by Deborah in the days prior) into the PEG tube inserted in her abdomen. Just a week before she’d been rushed to the hospital in absolute distress – so much so that we feared the worst was unfolding.

“Don’t come,” Deborah had said, when I called to check in about the time I’d planned to sit with Sheri at the hospital. Deb cleared her throat and struggled for a way to soften her words. “She . . . she doesn’t want you to come. She’s just in such a bad place, babe.”

That stung, but I was determined to honor and embrace her wishes. She had lost so very much during this punishing battle with cancer. Whatever she could control, I wanted her to control. And this was the worst it had been, with Sheri literally railing against her disease, the anguish and heartbreak and fury overtaking her typically steely resolve. I braced myself for the terrible news to come.

But then something unexpected happened. She felt some blessed relief. She started to improve. She left the hospital with her PEG tube in place, determined to go on a long planned girls’ trip to Nashville to celebrate Angie’s birthday. We all wondered in amazement if this could really happen; we were warned by well-meaning friends not to let her go, given the fragility of her improved state. We were all worried about it, but Deb summed it up: Were we going to tell her no to something she desperately wanted to do right now? We were not.

Tyson and I checked our phones twenty times on the way out to Nashville, anxious for updates that might indicate a problem from Deborah, who was traveling with Sheri – a collapse, an ER detour, a cancellation. But none came. And once there we all enjoyed an incredible first night on the town, complete with the sweet sounds that always spill out of every bar in Music City. Highlights include The Devil Went Down to Georgia performed to perfection while the crowd sang along in an orgasmic frenzy; and Liz’s attempt to join the dancers at Coyote Ugly going terribly awry with a total face plant as she tried to scale the bar – an unfortunate spill, but completely hilarious. Rivers of tears streamed down our faces, but not for the reason we dreaded and feared. We needed that laugh so badly.

These memories are burned in my brain. All of it and more inspired the middle grade story that I ultimately had to write. Like, this book literally would not let me be until it came into existence. This was maddening on many days, but also likely the reason I ever saw the manuscript through to the end. And then the other revised end. And then the next end, after I rewrote the beginning.

Most writers I know describe the writing process as a painful one, at least part of the time. There is an almost physical component to the puzzle-like process of configuring a story: pieces reveal themselves at random; connections are welded sometimes unexpectedly; all parts swirl internally while clamoring to get out – out of your head, onto the page. The saying “writers have to write” more often describes a process of seeking desperate relief, versus a sunny, satisfied enlightenment.

And then there’s the emotional component to stories, the feelings they evoke – first in the author, and then the reader. Another illuminating saying: “Writing is easy. Just find a quiet spot, sit down and focus, and open a vein.” Our compelling stories, the ones that won’t let us alone, often reside in our most tender places. This can yield significant contributions if a writer can survive walking through life like a throbbing open wound. The daily question: Shall I apply a tourniquet to the onslaught and shut that mess down in order to go about life like a normal, sane person? Or shall I try to steal away and protect a few precious hours to let myself go there, to take the emotional journey of my character to all the hard and painful places, knowing that my witness is what can ultimately translate into something meaningful?

Writing this story has forced me (or perhaps allowed me) to see beyond the suffering and tragedy that are an inescapable part of our human experience, and to celebrate the things that transcend the very worst that we endure in this life.

Lying on the bed with Sheri during that sleepless night in Nashville, I was keenly aware of our physical closeness, but for the first time in all the months of her ordeal it felt right. I’d often hesitated to touch her during the weeks and months of surgery and chemo and complications; I struggled with whether to throw myself on her as was my first instinct, or to allow her some control of her own person, which had succumbed to so many unwelcome invasions and assaults.

But on this night when we all tumbled into the room and staked out our beds, Sheri and I landed in this spot, and spent the night in close proximity watching movies we loved. During Pretty Woman Sheri promptly went online to order a knockoff of Vivian’s opera gown and jewels for me to wear at an upcoming fundraiser for cancer research. We almost woke up our roommates laughing at my longtime favorite Superbad, a cinematic gem that Sheri had cited some months earlier in a text encouraging me to write the book, and also to plan the next “vagtastic voyage”/girls’ trip.

Everything about this journey has been instructive. Now when I prepare my query for what feels like the hundredth time, or search my email in vain for responses from agents – or not in vain, but only to read bad news, I’m able to keep it in perspective. This isn’t hard. Cancer is hard; chemo is hard. Wondering if your kids will be ok when you’re sick is hard. This is a gift, an unexpected and challenging and hilarious and heartbreaking super bad vagtastic voyage, that – thanks to my novel – I miraculously still get to take with my brave and beautiful friend.

Don’t Hate Us Because We’re Perfect

UNCONVENTIONAL: The Art Of The Deal [Breaker]