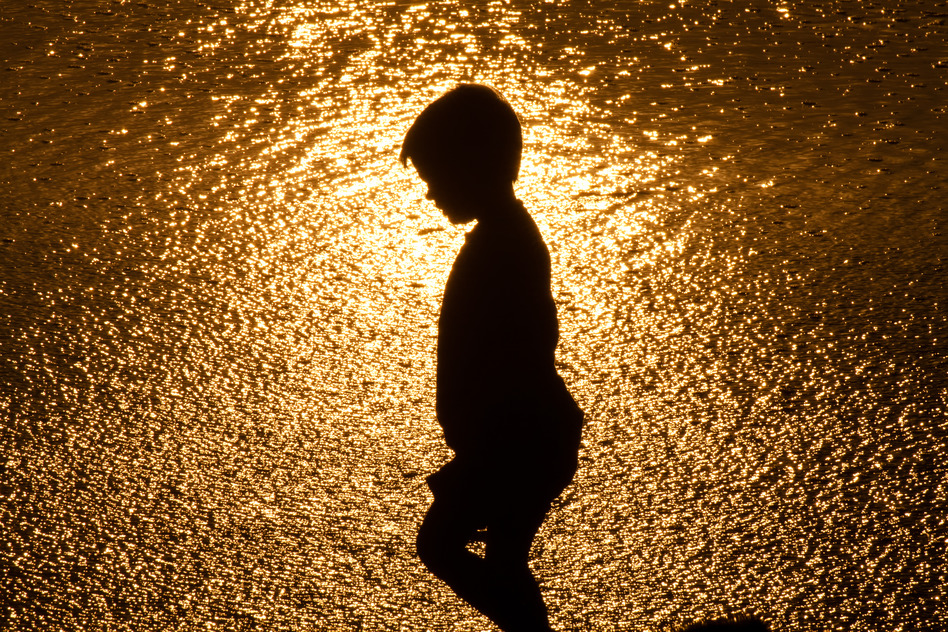 Ahhh, the only child syndrome.  Don’t you love it when that kicks in?  As I stare into the face of my son I am literally speechless with gratitude at his interaction with me, his expectations, his navigation of the rest of the family.  Only-child syndrome is, in all honesty, the thing I like most about summer.

You moms know what I’m talking about?  The phenomenon that occurs when a house usually bustling with sibling activity is suddenly – thanks to camps, or vacations, or extended playdates—transformed into the home of a lone child.

Last summer I did not have my ducks in a row and so we were sadly without “only children.”  We were very much WITH brothers who would like to beat the ever-loving shit out of each other from the moment they woke up at the crack of dawn until their crazy asses hit the bed at dark.  Sometimes the battles were epic, and might end with a beloved stuffed animal’s decapitation, or a painstakingly intricate art project’s demise.  Always the battles were exhausting.

Those of you who read my blog last summer might recall the pain as captured in “Surviving Summer: A Modest Proposal” and my personal favorite, “Should I Just Say No to Lexapro?”

But this year has been altogether different.  And I, for one, am currently researching our activities for next year, so as to maximize the brothers’ time apart.

Since my older son has been away at spend-the-night camp, his younger brother has stopped pitching fits, has remembered his manners, is helpful around the house, and is super-affectionate. I almost made an emergency appointment at the pediatrician’s office before realizing that this was just a fabulous by-product of being the “only child.”

Upon reflection, I remember that the week my older one was home earlier in the summer while his younger bro hung out in the woods for all-day camp, he was also very sweet.  Polite. Spent his free time making presents for the family out of items retrieved from the recycling bin.

For the briefest moment, I wonder, “If I only had one  . . . would it be like this all the time?”  Of course, never ever being able to imagine life without one or the other, the speculation doesn’t get very far.  I suspect just having the stress of sibling torment removed, ever-so-briefly, brings a rush of calm to a household.  How well I remember my own battles with my younger brother, culminating in my perfected “Smack/Run/Slam” move where I would punch him as hard as I could in the back, run like hell to my room, and slam my door with my full body thrust against it, hoping that the force of my weight would protect me from his retaliation.  How I can still feel the push and pull of the door as he struggled to get in to kill me, while I strained to avoid an untimely exit from life.  What were we fighting over?  Who knows?  All I can remember clearly is that it was all his fault.

And then  . . . the memory of a most wonderful childhood Christmas tradition  . . . every year once my brother and I started our two week break from school my mom would put bro on the train to visit Grandma for a few days. He was content to go, seeing it as the ultimate reward since Grandma’s house was full of brownies and fried chicken and trips to the Army/Navy store.  I was content to stay, seeing his exile as validation for my “side,” and my unquestionably perfect status as first-born and queen bee.

I do have to admit, that as much as I enjoy the “peace of one,” there is a little unrest that stays with me throughout the pleasant days and uneventful nights when one of my guys is gone.  The family is just not the same, and even when it is refreshing and nice it is also disconcerting and even sad.

So perhaps the best gift from our summer separations is not the docile “only children” that are created; it’s the realization on all sides how much we love each other.  My youngest was in the middle of discussing some aspect of his new Star Wars DS game when he suddenly asked my husband if he missed my oldest.  “I do,” he answered, “Do you?”

And, to our surprise, we have received multiple letters from my older son, whose closest attempt at communication last year was one sentence on one page of the stationery I bought for him, which I later found crumpled in a heap as I unpacked his suitcase.  This year, he has been quite prolific, and has even included little crafts and origame animals.  Miss you!  XOXOXO! he prints, in his diagonal, third-grader scrawl.

Soon it will all come to an end – the days will get shorter, the temperatures will get cooler, and the hustle and bustle of school will have us spinning around.  Surely the turf wars and constant perceived injustices will surface between the boys, and it will be on once again.  But as we make our way towards Christmas break, maybe somewhere in the crazy mix we will remember that unexpected bonus of summer:  That we once missed our brother, and were missed by him, too.

A version of this post originally appeared on skirt.com August 21, 2011

The Time Is NOW